When to apply lime and fertilizer

When to apply lime and fertilizer 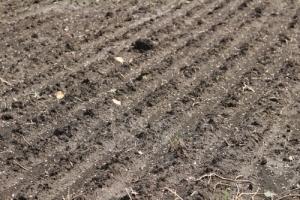 Nearly half of all the fertilizer used in Europe each year is bought by farmers during the rush of the spring planting season. As a result, it is often difficult for the fertilizer industry to meet customer demands during this 6 to 8 week period.
Much of the fertilizer now used during the spring rush season could be applied during other seasons of the year. If farmers scheduled fertilizer applications more evenly throughout the year, dealers would be in a much better position to provide them with the kinds and amounts of fertilizer they desire. Custom application services could be improved. In many instances, off-season discounts could be obtained. Other services provided by dealers could be provided more efficiently because the dealers would not be in such a rush.
In addition, more even applications throughout the year would mean that much of the fertilizer necessary for spring planting would already be on the field. This would save valuable time during spring planting and eliminate the risk of not being able to apply fertilizer because of wet land in the spring. Fertilizing in the fall would also ease problems of soil compaction caused by spreading equipment since the soil would have time to mellow over winter.

Chemical Reactions of Lime and Fertilizer in Soil

Materials commonly used as lime are either ground-up limestone rock, ground-up marl or products of limestone which have been altered by burning to make them more water soluble than the ground-up rock itself. By far the most common liming material in Europe is ground limestone (aglime), most of which is calcium carbonate. In some instances, there is enough magnesium carbonate present for the lime to be termed “dolomitic.”
When applied to soil, the liming material reacts with soil moisture to release particles of calcium or, in the case of dolomitic lime, magnesium. The rate at which the lime material dissolves to release these particles is largely controlled by how finely it is ground and the chemical form of the material (carbonate, oxide or hydroxide). The finer the material, the more rapidly it dissolves. Oxides (burned lime) and hydroxides (hydrated lime) are more soluble in water and react much more quickly than carbonate forms of lime (calcitic aglime or dolomitic aglime).
Calcium or magnesium particles are attracted to and are held by clay particles in soils after the liming material dissolves. This neutralizes soil acidity, increasing soil pH readings. It also means that lime does not move very fast downward through soil. With the exception of extremely sandy soils. For this reason, lime can be applied whenever practical, although it should be applied far enough before planting to allow time for adequately reacting with the soil and neutralizing acidity.

It is important to have enough available nitrogen in the soil at the time when the crop’s growth is most rapid. Basically, we use two types of nitrogen: 1) ammonium or ammonium formers (urea, anhydrous ammonia); and 2) nitrate forms. In aerated soils, ammonium nitrogen is changed in the soil to the nitrate form. The nitrate form is completely soluble in soil water and therefore moves in the direction of soil water movement.
Soil temperature influences the rate at which ammonium nitrogen is changed to nitrate. It is generally considered that the rate at which this change takes place is negligible at freezing or below, while at soil temperatures above 10°C, the conversion rate is rapid. This means that fall or winter application of anhydrous ammonia, urea, or other ammonium forms of nitrogen fertilizers to fallow land is not a sound practice.
Since nitrate nitrogen moves with soil water, it is subject to loss from the plant rooting zone by leaching during periods of high rainfall which results in a net percolation of water through the soil profile. If percolating water moves deeply enough to reach the water table, nitrate is then lost through groundwater to streams. An excess of water usually occurs in Europe during the months of October to April. On the other hand, if moisture percolating downward through soil does not reach the water table, nitrate nitrogen may move upward again as net movement of soil water shifts upward toward the surface because of evaporation and transpiration.
Since nitrate contains oxygen in its structure, losses of nitrogen fertilizer from water-logged soils can also be quite severe for another reason. Soil bacteria that require air will rob nitrate nitrogen of its oxygen if there is not enough free oxygen in the soil to meet their demands. In this process, nitrate nitrogen is converted to gaseous forms of nitrogen, which then escape from the soil surface. The presence of undecomposed organic residues intensifies such losses in water-logged soils simply because such residues cause soil bacteria to be more active and use more oxygen.
In regard to these nitrogen reactions, two points need emphasizing: 1) Although the first reaction of ammonium nitrogen is to be adsorbed onto the surface of clay and organic matter, it does not remain in the ammonium form very long under some climatic conditions in Europe. It is transformed to nitrate nitrogen. 2) Nitrate nitrogen is subject to rapid loss from soil, either from leaching or from loss as a gas. However, there is some indication that leaching of nitrate nitrogen is not as rapid in red soils as it is in browner soils.
These reactions show that nitrogen can be used most efficiently by a crop if it is applied either while the crop is growing or just before it starts to grow. Even with these precautions, there will be occasions when split applications of nitrogen should be helpful. For example, heavy rains following applications of N can result in leaching losses from permeable soils or in denitrification losses in soils which tend to waterlog.

Phosphate fertilizer, when applied to soil, reacts very rapidly to form compounds that are less soluble than the form in which the fertilizer was added. This is due largely to the iron and aluminum oxides in the soil which rapidly react with applied phosphate, making it less soluble. For this reason, phosphates are not mobile in soil. Erosion of surface soil containing applied phosphates is the most likely way in which phosphates would be lost from soils.
Since phosphates are relatively immobile in soil, it is not important that phosphate fertilizer be applied during the crop’s growth cycle. The long residual value of phosphates in soil will make them available to crops over long periods of time. It is rare that more than 25 percent of phosphates applied to a crop is used in the first year after application.